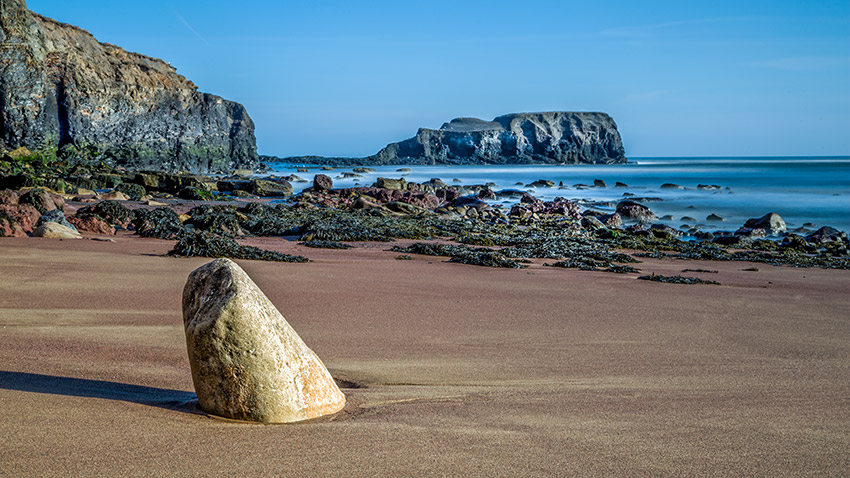 This weeks Vlog see’s me not having a particularly brilliant day! The light was bad, my timing wasn’t the best and worst of all I made the 2 hour journey at first light and still didn’t manage to get the shot I was after.

I more than made up for it when I completed the days shoot at Bempton Cliffs. Bempton Cliffs are famous for wild birds. Birds that have a 6′ plus wing span. It was a very busy place, but for once the weather and light conditions were favorable – thank heavens for that!

WEEKLY VLOGGING… Since I’ve committed to weekly vlogging, you get the best and the worst. Besides, it’s probably good to know that we don’t always have successful days!

I make at least one video a week, and I’ve some amazing locations penned. Please make it worth my while and support the channel.

SALTWICK BAY
Saltwick Bay is a north-east facing bay approximately one mile (1.6 km) to the east of Whitby, on the east coast of North Yorkshire, England. The bay contains the Saltwick Nab alum quarries, listed under the Ancient Monuments and Archaeological Areas Act 1979. The bay is part of the Saltwick Formation and known for its collections of fossils. The SS Rohilla hospital ship sank in the bay in 1914, and the fishing trawler Admiral Von Tromp was shipwrecked there in 1976. The bay is accessible through Whitby Holiday Park.

Bempton Cliffs is a nature reserve, run by the RSPB, at Bempton in the East Riding of Yorkshire, England.
It is best known for its breeding seabirds, including northern gannet, Atlantic puffin, razorbill, common guillemot, black-legged kittiwake and fulmar.